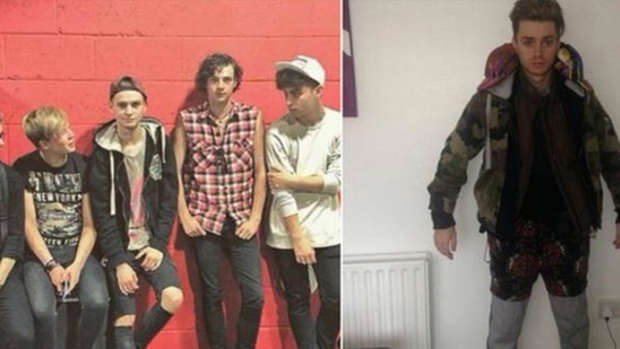 A member of a Scottish boy band is "lucky to be alive" after he collapsed with heat exhaustion on board a flight.

McElvar threw up and was given oxygen during the Easyjet flight travelling.

The airline says they are generous with cabin bag allowances, with no weight limit.

The 19-year-old had intended to take a suitcase and a small rucksack on board, but the airline only permits passengers to have one piece of hand luggage. After hearing this, he emptied the rucksack and wore the contents.