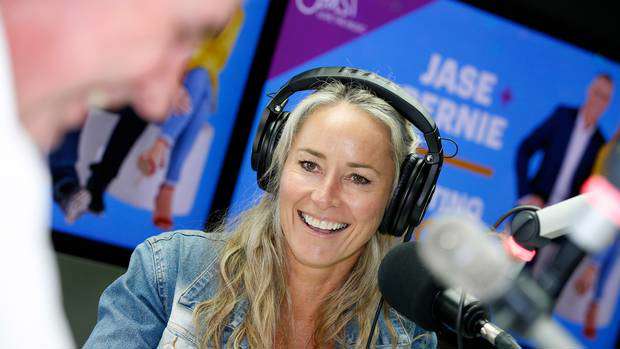 Bernadine Oliver-Kerby recently sat down Jennifer Dann from the NZ Herald to talk about life on Coast.

Check out the full interview here ...

1. After 25 years at TVNZ and NewstalkZB, you've moved to Breakfast radio at Coast. Has it been hard to switch from objective reporter to opinionated host?

No, I love it. If anything, the hardest part was all those years of news reading not being able to say what I thought about the story. I've been an opinion writer trapped in a newsreader's body. I think voicing differing opinions is healthy. Hearing other people's views is how you grow. You're not always going to agree 100 per cent, but even if you take a little part of someone's mindset, it's amazing what you learn.

2. What do you know about Coast listeners?

There's this perception that Coast is a bit of an oldies station, so it's been a real eye-opener. It's classic and timeless, but definitely not old. I've been surprised at how young at heart and cheeky some of our listeners are. Their kids are often leaving home and they're getting their lives back. They want to go on holidays and turn the stereo up. They're edgier than you'd expect.

3. Co-hosting Breakfast with Jason Reeves, how much sleep do you survive on?

About four or five hours a night. Pippa Wetzell told me you live in permanent jetlag and she was right, but I probably still punch out more energy than a lot of people. That's just my makeup. I'm hardwired to go, go, go. I don't have time to get sick - bugs can't catch me. I talk fast, I walk fast. I'm not the kind of person who can just sit and read a magazine or relax in a bath. You get in the bath and then what? Ok, I'm clean - out. I can't do it. But busy's good. I like my calendar being full.

I grew up on an angora goat farm in Tamahere. It was only a lifestyle block but it came with the farming rules; we didn't go on holidays because we had animals to look after and we all had jobs to do. It's a few km's up the road from Fieldays and my birthday's in June so the ultimate birthday treat was to go in my red band gumboots and a walking stick. My brother was the academic. I was the 'sporty spice'. I lived for sport. Even as a 7-year-old, I'd go to bed with a transistor radio under my pillow listening to the cricket.

5. Did you always want to be a broadcaster?

My mum Diane Oliver was a breakfast radio host at 1ZH with Murray Forgie and Ronnie Phillips. She was quite a mover and shaker in the Hamilton media world which I didn't realise at the time. I wanted to be a sports journalist but I kept that to myself a bit. As a woman back in the late 80s, talking about sport or saying you wanted to be on telly sounded like you thought you were special. Jane Dent and Cathy Campbell were the only women doing sports news.

6. Did covering the 1999 Rugby World Cup in Wales feel like a ground-breaking moment?

It really did. No other New Zealand women were doing at the time. Stu Dennison was the TV One producer who brought me into the fold and had me doing post-match sideline interviews. I'll always be grateful for that. I heard there were mutterings about it, mainly from old print hacks, but I never heard them directly. I was very well protected by my team. Keith Quinn and John McBeth leapt to my defence. And I was that kind of personality where I backed myself to do the job. I never thought for a second that I didn't belong. 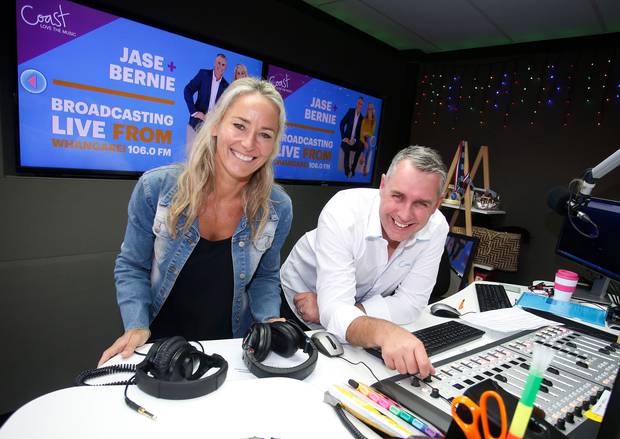 7. You have two daughters with your husband Mark, who is in the police. How do you both juggle the work-life balance?

Being shift workers has worked well for our family. We made a conscious decision that one of us would always be at home with the children, so Mark does the mornings and I'm hands-on during the day. I coach the netball team at lunchtime, do the school trips and after school sports. It means we don't see much of each other but that's just how it is at the moment. Someone said to me that you have 18 summers with your kids, this is one of them, don't waste it. That was really an awakening. I'm so conscious of how quickly time is moving.

8. You've coached both daughters' netball teams. Have you ever witnessed bad sideline behaviour from parents?

I've definitely seen pockets of it, but it's only a few who spoil it for the rest. Often it's worse in the higher levels of competition. As a coach, you set the tone for parents. Does winning matter? Hell yes, but not if it's win-at-all-cost. It's the bigger picture - you come back next week and see what you can improve on. I do think it comes back to personal responsibility.

9. Do you think female sportspeople should be paid the same as men?

That's a really hard one. As a whole, of course, women should be paid on parity for sport likability. It's not always a level playing field. Professional sport is a commercial entity, it's got to pay for itself. Sky is leading the charge with starting to cover female sports. You can't put something on air and do a multi-camera coverage on nothing. You need sponsors and there's got to be a demand in the market for it, but I truly believe that it will grow.

In all honesty, I don't have time to exercise. I'm not a gym person. I'm trying to avoid more knee surgery, so I'll go for the odd walk if I can, take the kids bike riding. I probably burn a lot in nervous energy. Having a family and running a household keeps me busy. Making sure that there's food in the cupboard, the washing's up-to-date and the house is clean. I thrive on being busy.

I love catching up with friends, but it's a struggle to find time. I still keep in touch with one friend from Sacred Heart. We might not speak for months, but I'll pick up the phone it's just like it always was. Most of my friends now are other mothers. If you'd told me when I started going to Mainly Music that some of these women would become friends that I'd enjoy socialising with I wouldn't have believed you, but friendships evolve with the phase of life you're in.

12. You're back hosting sports on Sky TV's Press Box. Will sport always be your true love?

Deep down I always knew I'd come back to sport. It's a passion. Press Box is a highlight of my week. It's the chance to delve into the big sporting issues with sports journalists from across the media spectrum. It's raw and confronting but we have a lot of fun too. July has been a massive month for sport. We had the Netball World Cup, I did a preview show for the Cricket World Cup final, an All Blacks post-match for the Pumas. I need a T-shirt with 'I Survived July' and it's got nothing to do with beer.

Breakfast with Jase and Bernie, weekdays 6am to 10am.