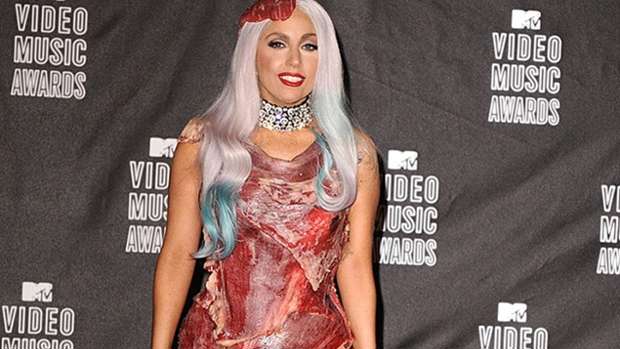 It has been five years since Lady Gaga wore a dress made of raw meat to the VMAs.

We all know raw meat doesn’t exactly have a long shelf-life. So, what is the dresses status five years later? Did it rot? Did they throw it away after the show? So many questions. The dress has recently popped up in the Rock and Roll Hall of Fame. And MTV spoke to Jun Francisco, the Director of Collections, about it.

He said the dress traveled around the country in a climate controlled truck as part of their "Women Who Rock" exhibition.

"Actually, it’s not so much temperature as it is humidity. We have monitors inside that tell us the condition of the case and, yeah, the dress has held up pretty well." And what does it feel like? Beef jerky apparently. "Yeah, actually. It’s very hard." said Francisco.

Lady Gaga actually still owns the dress, too! It's just on loan to the museum.