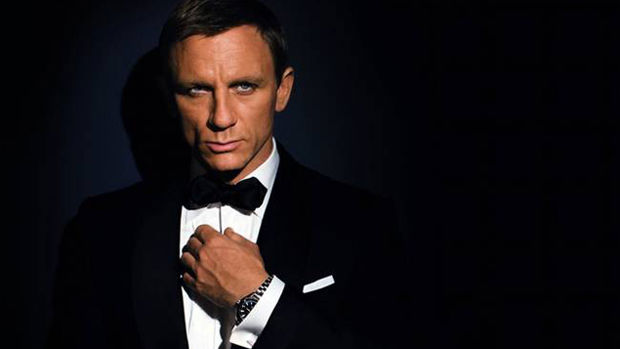 Daniel Craig has set pulses racing as he posed shirtless for his last ever Bond interview for GQ magazine.

The British actor discussed an array of topics relating to his last round as the titular spy, all while showing off his fit and toned physique for the magazine.

For the magazine's cover, dressed in an unbuttoned emerald green pyjama set, Craig can seen lying back casually with his hand resting behind his head.

Elsewhere in the spread, the 52-year-old is spotted laying in bed in only boxer shorts while sporting a pair of dark sunglasses as his chiselled abs are on full display.

Craig opened up about No Time To Die being his last Bond film.

"I was never going to do one again," Craig told the publication. "I was like, 'Is this work really genuinely worth this, to go through this, this whole thing?' And I didn't feel … I felt physically really low. So the prospect of doing another movie was just like, it was off the cards. And that's why it has been five years."

After 2015’s Spectre came out, Craig famously told Time Out he'd "rather break this glass and slash my wrists" than do another Bond movie.

Craig has now said that he has a newfound respect for Bond, but still grapples with the idea of taking the role.

Unfortunately, fans who are eager to see Craig's last take on the iconic character will have to wait a little longer.

No Time To Die was originally set for an early April release around the world but due to coronavirus concerns, the movie has cancelled its publicity tour and will now open at the end of the year in November.