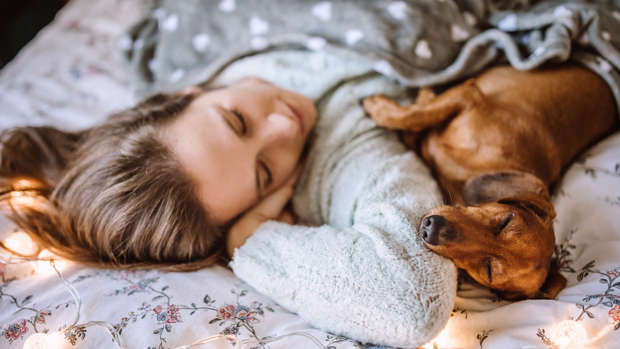 If you're looking for an excuse to snuggle up in the afternoon for a quick nap, look no further ...

Because we're about to tell you some great news!

Scientists have just revealed, taking a nap is actually good for your health.

The study - which was conducted by online journal Heart - that taking a nap once or twice a week may cut the risk of heart attack and stroke.

READ MORE:
• A new study claims having kids will make you happier ... but only once they move out

Researchers tested 3,462 people living in Switzerland, who were aged between 35 to 75 for the study, comparing how often they napped.

After tracking the subjects for five years, the experts discovered that naps (no matter how long) were linked to a 48 per cent reduced risk of heart attacks and strokes, even when other factors were taken into account.

So what are you waiting for? It's time to start napping!