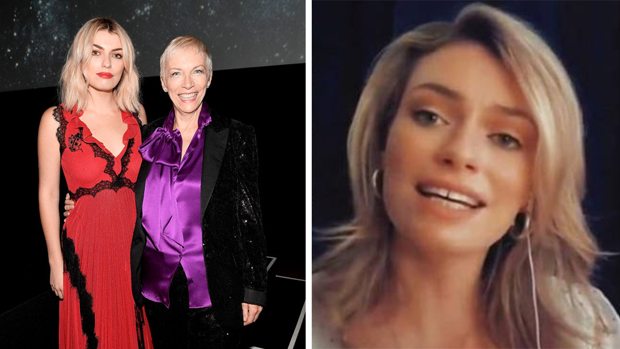 It appears the talent in the Lennox family didn't stop with Eurythmics frontwoman Annie, but daughter Lola, 29, has some pipes of her own.

Lola has been trending on social media since her duet with mum Annie, during the Covid-19 One World: Together At Home concert earlier this year.

The mother-daughter duo joined Sir Elton John, Sir Paul McCartney, and Stevie Wonder among others who took part in the streamed show.

Lola released two singles of her own earlier this year, with two more currently in the works.

If her career is even half as successful as her mother's, she's sure to be a household name in no time.

The music video for ‘Pale’ is out now! Click on the link in my bio to watch ☁️ Directed and shot by @braedenwright whilst on lockdown with me in April 2020.

Annie Lennox has gone on to win 4 Grammy awards, 8 Brit awards and sold over 80 million records as a solo artist and as apart of pop duo Eurythmics.