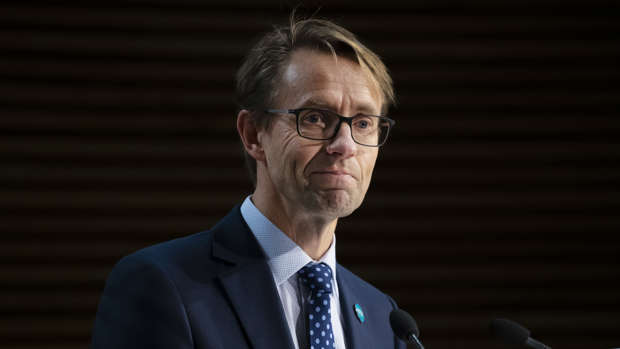 Everyone in New Zealand knows Ashley Bloomfield - the face of all official Covid-19 updates.

There is even an appreciation society group on Facebook named after the Director-General of Health.

So when the undeniably busy Bloomfield took the time to respond to a Kiwi company who named a baby rhino in Botswana after him, everyone was left blown away.

Alcohol company Part Time Rangers, who donate 10 per cent of its profits to animal conservation initiatives, announced earlier this month they needed a name for a newborn after they donated $38,900 to Rhinos Without Borders.

The money will be used to support the newborn for the first three years of its life.

After asking the public for a name suggestion and holding a poll where thousands voted, the company introduced the baby rhino as Ashley Bloomfield.

"Much like our Director-General, this Lil rhino has brought a little joy to 2020. Cheers to Ashley, and cheers to all her brothers and sisters across NZ!," the announcement read.

The post garnered the attention of the real Director-General of Health, who sent the company a wholesome email about how honoured he felt his name was being bestowed on the mammal.

"Well that one came out of the blue, what a privilege," the email reads.

"Thanks for the honour and I do hope AB junior thrives under the protection your donation has afforded her.

"As my boss the State Services Commissioner said in a text to me, 'this is as good as it gets' and this should nicely round out my CV."

The emailed was then signed off by Bloomfield.

After sharing the email, Kiwis labelled Bloomfield a "national treasure" while others said his was response was "wholesome" and "bloody cute".