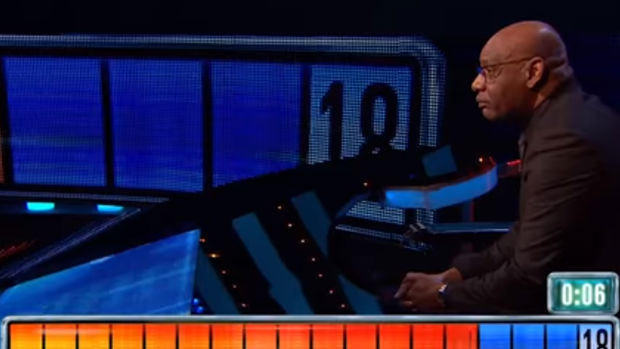 It's something The Chase fans rarely see ...

On a recent episode of the much-loved quiz show, viewers were left stunned after three contestants beat Shaun Wallace, AKA The Dark Destroyer, by the skin of their teeth in a tense final round.

With £90,000 up for grabs, Barclay, Gemma and Jonathan managed to bag the prize money with just two questions to spare – even after failing to get several pushbacks - in one of the most intense rounds of quizzing we have ever seen.

Congratulating them, Shaun said: "Exciting game, but that was a poor day at the office for me."

And fans were loving it.

Taking to social media, one viewer wrote: "Excellent performance by the team on #TheChase "

Another added: "You don't often see such a big win on #thechase especially with 3 players - 90k."

"£90k won all thanks to Barclay! He deserves to be a future Chaser," a third said.