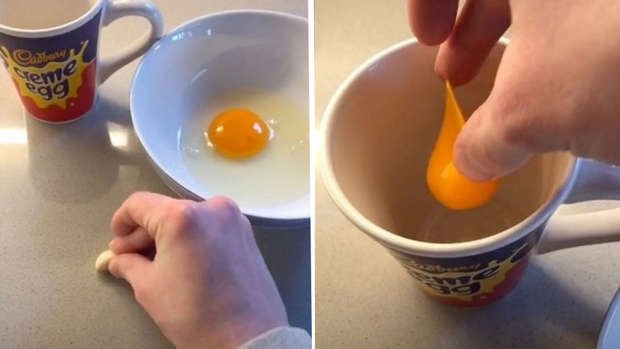 One man is going viral after he revealed his super simple food hack to separate egg yolks from the egg white.

While the most common techniques to separate the two includes cracking the egg into your hands and letting the white drip through your fingers or transferring the egg yolk back and forth between the two shell halves.

However, the man named Callum Gray has a much easier method ... and the answer to your problems is already sitting in your kitchen.

Taking to TikTok, Callum shared a video - which has already been viewed more than 8.3 million times - of him demonstrating how he separates the yolk from the white using a piece of garlic.

On the side in front of him is a piece of peeled garlic, a bowl with an egg cracked into it, and an empty mug.

He demonstrates the hack by rubbing his finger on the garlic, before gently pinching the top of the yolk and easily transferring it to the cup.

So simple. So genius.