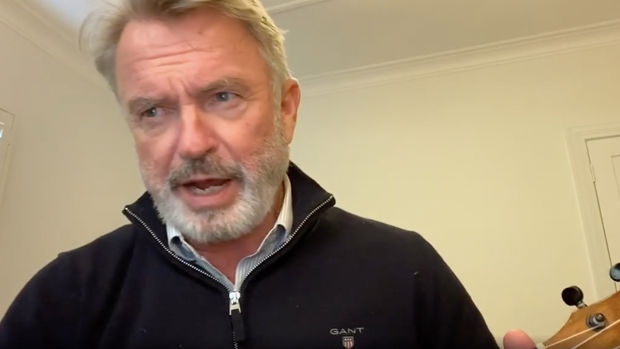 Kiwi acting legend Sam Neill has been using his downtime to bring plenty of comedic relief to his fans.

The Jurassic Park star has been posting a bunch of vlog-style videos to social media platforms, which often involve him singing well known songs with ukelele in hand.

Somewhat surprisingly, his musical ability doesn't seem to be that bad either!

In one of the latest editions to his Instagram, Sam Neill has his take on the 2015 toe-tapper from Mark Ronson and Bruno Mars, which will certainly leave you with a bellyache.

Neill's 'acoustic' version has got so much traction around the world, that it was even featured in Ronson's fundraising Youtube stream, alongside muso's like Darryl Hall and John Oates.

Watch it for yourself below!

Me and my uke get down and all urban on ya. My usual brass section stayed home , as they should right now. As did ... well all the rest of the band. But if it’s a funky fancy dancy dance party - for one - or two - you want - here WE GO !!