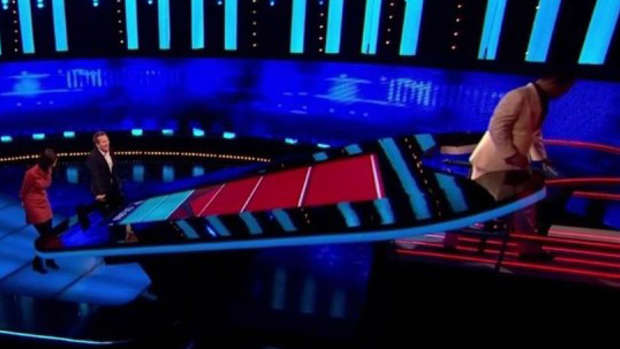 We all know The Chase's Paul Sinha loves to quiz, but last week just wasn't his week.

While he's usually an unstoppable quiz titan on the hit series, the 49-year-old chaser was left redfaced after being outsmarted by contestant Natalie on a few questions.

As host Bradley Walsh giggled at the mistakes The Sinnerman had made, viewers were left shocked as the brainy quiz master got up from the Chasers table and jokingly stormed off set.

"Right I'm off for a break," he said, before marching off.

On his way out of the studio, he could also be seen slapping himself.

READ MORE:
• The Chase bosses have put "plans in place" to help Paul Sinha through his health battle
• The Chase's Shaun Wallace gets hilariously roasted after getting basic maths question wrong

After returning back to his position, Paul exclaimed: "Two of the worst answers I've faced.

"My brain has stopped. Intravenous spinach, that's what I need."

Unable to contain his laughter, Bradley erupted into giggles and whispered: "The Chaser is having a bad day!"

Paul then told the much-loved host: "That's the worst I've played for quite a while. I'm really annoyed with myself and I've got to go and compose myself."