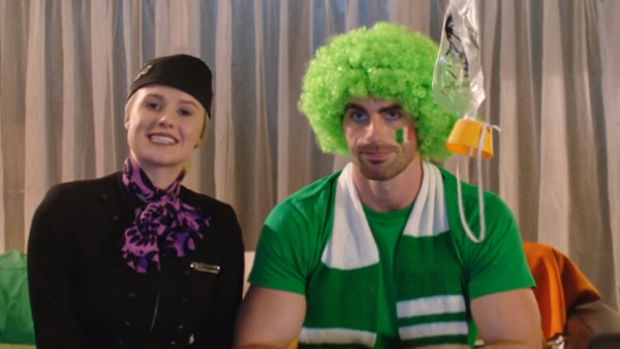 Air New Zealand has a message for all Irish rugby fans ahead of this weekend's Rugby World Cup game against the All Blacks: "Prepare for turbulence."

In anticipation of the chaos set to ensue on Saturday night in Tokyo, the airline has released a tongue-in-cheek safety video for the Irish.

Done in the style of one of the airline's unique safety briefings, Irish supporters are told: "Having won two out of the last three games, some Irish supporters may be expecting a pleasant journey. However, we happen to think you might be in for some upcoming turbulence."

The All Blacks will play Ireland in the Rugby World Cup quarterfinal at 11.15pm on Saturday night.

Go the All Blacks!