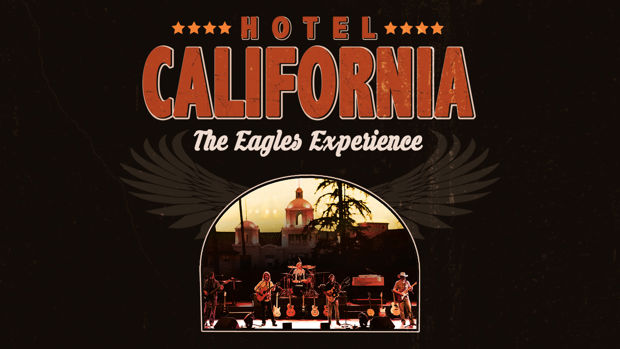 It’s time to check-in to Hotel California The Eagles Experience – the captivating live concert and stage show saluting the extraordinary talent and timeless catalogue of The Eagles.

With a stage full of show-stopping voices and musicians, relive the beautiful country harmonies, the rockin’ guitar solos and the masterful songwriting in all its glory, performed live on stage.

Hear all the classic tracks that topped the charts and tested the boundaries of Rock and Country including 'Hotel California,' 'Desperado,' 'Take It Easy,' 'One Of These Nights,' 'Tequila Sunrise,' 'Heartache Tonight,' 'Life In The Fast Lane,' 'Take It To The Limit,' 'Witchy Woman,' 'New Kid In Town,' 'Lyin’ Eyes,' 'Get Over It,' 'Love Will Keep Us Alive,' 'Best Of My Love' and more.

A carefully crafted tribute that music fans will truly appreciate.